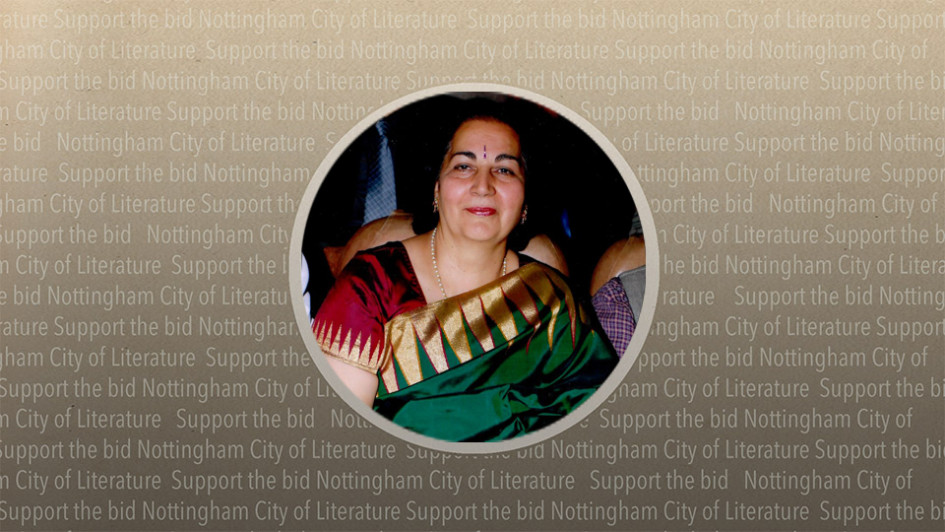 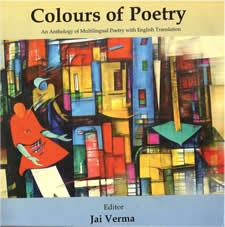 Taken from Nottingham City of Literature.

Originally set up as ‘Gitanjali Trent’ in the early noughties, an East Midlands off-shoot of a project in the West Midlands, but eventually grew in popularity and became its own entity. Headed up by Mrs Jai Verma, a long-serving member of Nottingham Asian Arts Council and champion of Indian culture in the UK, it runs regular ‘Kavi Sammelans’ (a traditional Northern Indian poetry event where participants recite and discuss poetry); as well as running events that see poets being brought over from India to talk about their work. Mrs Verma has been active abroad, attending numerous conferences on Hindi culture across the globe, and is now seen as one of the UK’s top exponents of Hindi poetry. This has led to many accolades for Mrs Verma and the group she runs, from organisations all over the world.

After a successful event at the 2013 Festival of Words, Kavya Rang decided to put together an anthology of their poetry for the next event. Thus, in 2014 their book ‘Colours of Poetry’ was released in both Nottingham and India: truly cementing our bond with the country. Published in both Hindi and English, it’s a sumptuous example of the expressive nature of Indian verse, but with a distinct Nottingham touch giving it a truly unique edge.

Kavya Rang isn’t an Indian poetry collective, neither a Nottingham poetry collective. It’s another example of how our city, with its rich creative flavour, can easily mix with other cultures to produce something utterly unique and enriching.