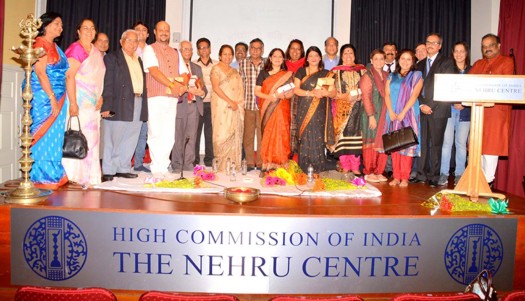 17th August. On the occasion of Hindi Day-2013, under the auspices of ICCR-Government of India and the High Commission of India-London, the twentieth anniversary of the Kavi Sammelan was celebrated at The Nehru Centre, London. It was organised by the UK Hindi Samiti with great pomp and show.

The chief guest, Dr Virander Paul, Deputy High Commissioner of India in the UK, applauded the UK Hindi Samiti for the continuity of this great tradition over the last twenty years and congratulated the entire team for putting up a great show this evening. Dr Paul also assured Mission’s support to all the organisations promoting Hindi in the UK.