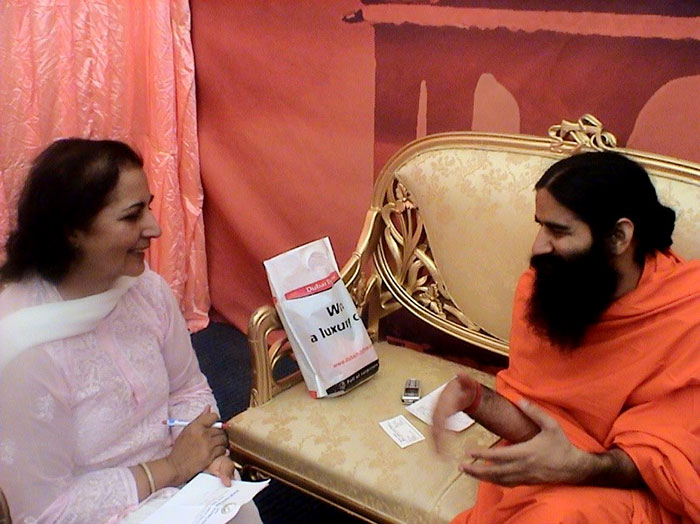 Ahead of the Inaugural UN International Yoga Day (Sunday 24th June 2015), Nottingham’s Mrs Jai Verma, reports on how she met one of the most influential and important yoga practitioners in the world, back in 2006, on his first trip out of India.

Ramdevji is the founder of Patanjali Yog Peeth, a form of the ancient practise of yoga based on the Rishi Pantajali’s ancient teachings. It is now one of the largest yoga institutions in India, transcending religion and inviting all nations and faiths to participate and benefit.

This was Ramdevji’s first visit abroad, having never left India before. I had the honour of interviewing him and receiving some interesting and insightful answers.

He seems to project an aura when you meet him, dressed in saffron robes and khadau footwear, with a serene smile shining from behind his dark glossy beard, his luxuriant black hair seemingly throwing a halo around his head. A pure simplicity radiates from him, a man at one with himself, and the world. This is all from a body that is slim and humble, in a way reminiscent of that other great Indian, Mahatma Gandhi.

After namastey and welcoming him to England, I asked what his impressions were of the UK:

“It is green and beautiful. I am surrounded by a many people who know a lot about yoga, and that is a very welcome surprise’

As he appears on the Indian / SKY Astha channel daily, demonstrating yoga to millions of viewers for at least three hours in the morning, and for two hours in the evening, who would be looking after all his followers who avidly tune in twice a day?

“I have trained lots of teachers all over India to teach yoga, and look after the interests of those who follow the yoga. The technical people who run the programme will be filming me here, and broadcasting yoga from Leicester. I don’t get into the technical side, but to take into account the time difference it will be recorded, and shown when India wakes up, and round the world at the usual times in the morning”.

How do you see the world benefiting from yoga?

“Through meditation, breathing exercises – pranayam– and correct physical movement of yoga, the body, mind and soul become peaceful, and united: as one. Yoga brings peace to the mind, to the body, for harmony and peace. It is a universal cycle to benefit humankind’.

Before we completed the interview, I presented him with an anthology of poetry. He accepted gratefully, and blessed me to write more ‘for the good of humanity. Writing will benefit millions’.

We later attended the yog camp everyday for the three days he was here, and tried to improve our yoga technique: there was so much to learn it is impossible to list it all here. It was inspiring, and soon after I took a course in teaching yoga, practising and finding out more. I am sure many others there went on to do similar. It left me feeling calm, and at peace; much like being in his presence: a sense of something deeply spiritual. 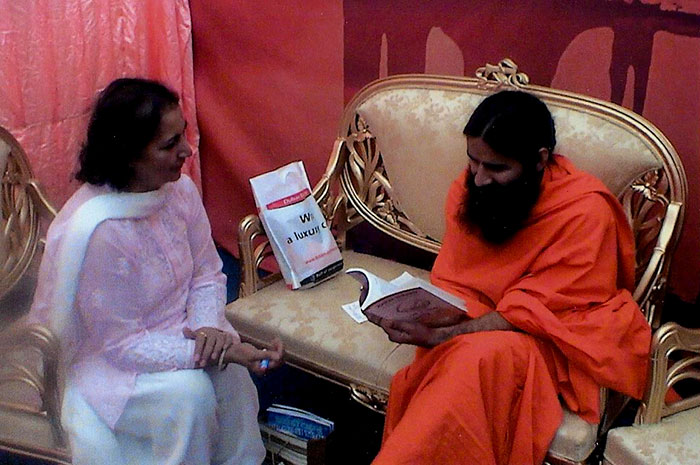 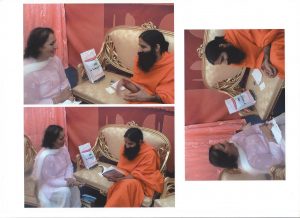 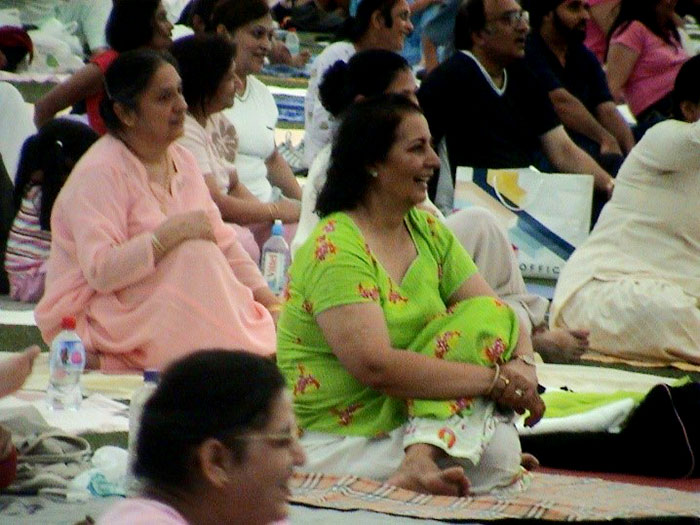